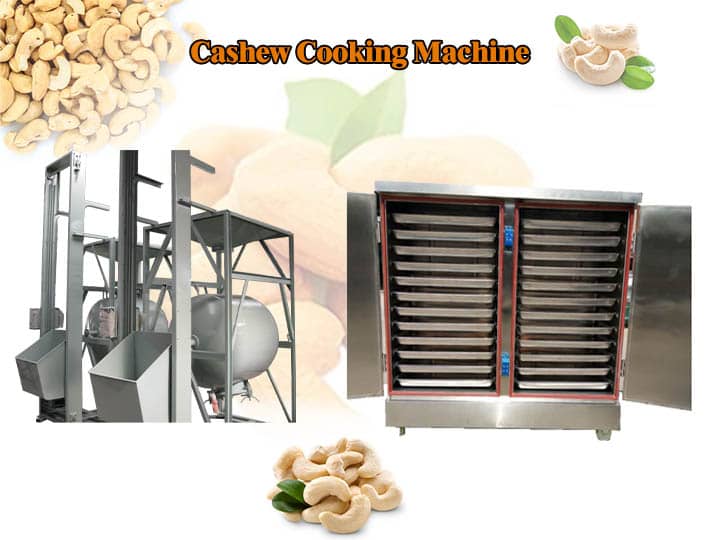 How to install and use the cashew cooking boiler machine

Turn on the power and water source, preheat it after the water tank is full. After the water boils and generates steam, cut off the power. Open the cashew boiler machine door lock to let the high-temperature steam in the cashew steamer release the pressure. Then open the steamer door to put the cashew nuts in for steaming.

When boiling cashews by other heating ways

Before connecting the steam source, turn off the power gate and close off all inlet and outlet valves.

Connect the steam source to the steam inlet at the bottom of the machine, and then slowly open the steam valve. After it reaches the pressure in the pressure gauge, preheat it. When generating the steam, you can put cashews into the cashew steaming machine. The cooking steps are the same as the steps using electric heating machines.

Note that this cashew boiler machine is not a high-pressure airtight container. It is a normal situation when there is a small amount of steam to escape from the crack of the door.

When taking out steamed cashews, first close the steam valve, then release the pressure and take out the cashews.

How about the cashew nut processing machine cost

What is the cashew boiler machine price?