Nut Machinery » News » What are the steps for drying cashew nuts?

What are the steps for drying cashew nuts? 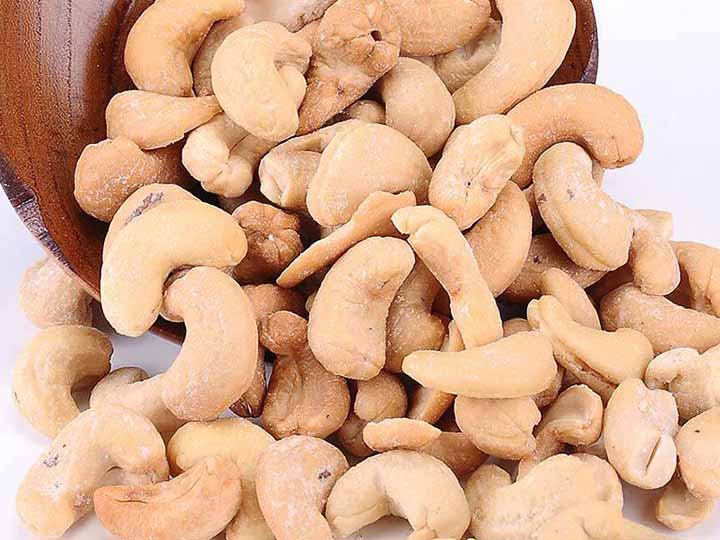 The efficacy and nutritional value of cashew nuts

Cashew nuts are known as one of the four major nuts. They are rich in protein and have a high oil content. Cashew nuts have a wide range of applications for the whole body. Its shell liquid can produce synthetic rubber for the protective coating of the space shuttle. Cashew nuts can be eaten directly as a snack. Moreover, they can also be eaten with other dishes.

Cashew nuts are rich in protein and trace elements, which have the functions of protecting blood vessels, delaying aging, and improving resistance.

One is a tray dryer, which consists of a drying room and a small cart carrying a cashew tray.

One is the box dryer, which is an upgraded version of the tray dryer.

The other is a continuous mesh belt cashew dryer.

All three dryers use hot air to circulate the cashew nuts inside the dryer. There is a big difference in their production output. And the size of the box and mesh belt dryers can be customized according to the size of the customer’s use site. The use of a hot air circulation dryer has the characteristics of energy saving and emission reduction. And it can use electricity, gas, wood, and other combustibles as heating sources.

It pass through three steps for drying cashew nuts.They are warehousing and dehumidification, constant temperature baking, and cooling and drying.

This constant temperature can be set within a certain range. Once the baking temperature sets within this range, the machine will automatically adjust according to the temperature change in the drying room.

The third stage is a period of drying and cooling. In the last stage, you can turn off the circulating hot air flowing into the drying chamber. Keep the cashew nuts in the cashew nut dryer. It will keep the moisture in the cashew nut kernels to continue to evaporate. So it can achieve the upper and lower cashew kernels are relatively evenly dried. 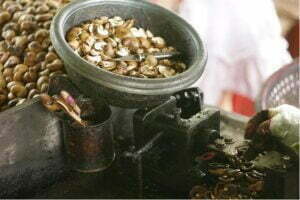